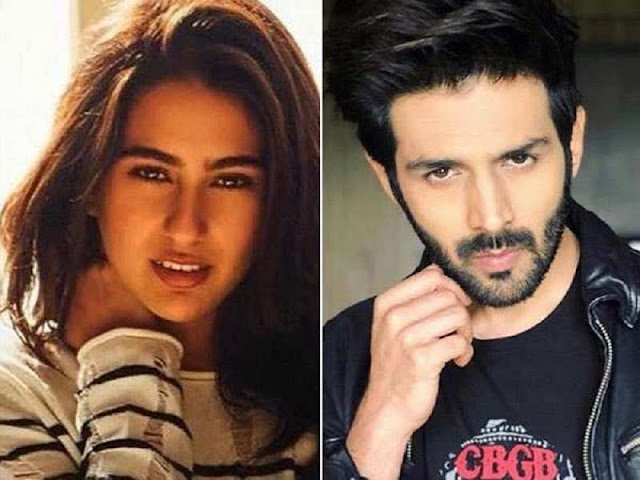 Bollywood actor Sarah Ali Khan and Kartik Aryan are currently working in the movie Love Aajkal 2. The duo of both of them will be seen for the first time in this film. Both are shooting this movie a long time already. There are too many news stories about the film. At the same time, there are some or all of the news coming about Kartik and Sara. Both are seen in front of the public, but both have been seen many times quietly.
Recently, Karthik Aryan has been spotted at Sara’s house. Kartik looked cool out of the house of Sarah Ali Khan. Karthik was seen in the Holiday Mood in Black T-shirt.
In the pictures, Kartik is not seen all along but the chemistry of both of them is in discussion these days. Prior to this, the picture of Sara and Karthik on the occasion of Eid was in the discussion. Both of them were seen outside the mosque in the picture.Let me tell you that, the discussion of the chemistry between Sara and Karthik started then, when Sarah told to date her on Karan Johar’s show.
The film Love Aaj Kal 2 are filming Imtiaz Ali. The sequel of this movie is called Love Aajkal .
Love aaj kal Saif Ali Khan, Deepika Padukone and Diana Panti were seen in the lead role. The film will be released on February 14 next year.