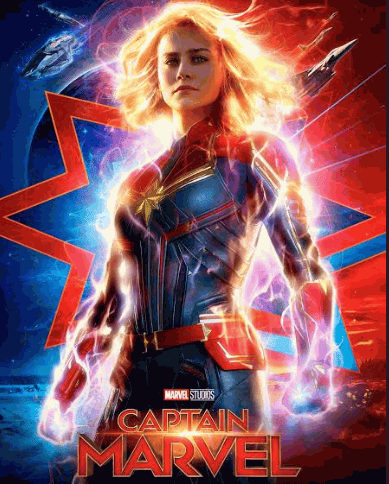 Marvel Studios, India bows down to you. The Indian audience is loving Captain Marvel and the box office collections are a proof of it. The Marvel Cinematic Universe movie, that is the prelude to Avengers: Endgame had already registered an opening day collection of Rs 12.75 crore. And now, Captain Marvel has witnessed the high collection on Saturday. As per trade analyst Taran Adarsh, Captain Marvel’s day 2 box office collection stands at Rs 14.10 crore. The overall box office collection of the Marvel movie is currently Rs 27.11 crore. Given the current trend, trade analysts predict that Captain Marvel can draw curtains to its opening weekend in India at Rs 40 crore, at least.
Taran notes that these numbers are a result of the English version of the movie. Overall, the movie projects a gross total of Rs 32.28 crore considering all the versions. Captain Marvel has benefitted majorly from the very fact that it released a few weeks prior to Avengers: Endgame. Fans have been curious about the Easter eggs planted within the Brie Larson starrer that would help understanding Endgame better.

Captain Marvel has been a success internationally as well. The movie has earned $61.5 million at the US box office on its opening day. Trade analysts predict that Captain Marvel will close its 1st weekend within the US at $160 million box office collection.

Breaking: The Lion King Latest Trailer: Welcomes Us to the Jungle